Home » Unlabelled » iPhone 6 Plus vs Samsung Galaxy Note 4: Clash of the titans!

iPhone 6 Plus vs Samsung Galaxy Note 4: Clash of the titans!

iPhone 6 Plus vs Samsung Galaxy Note 4: Clash of the titans! 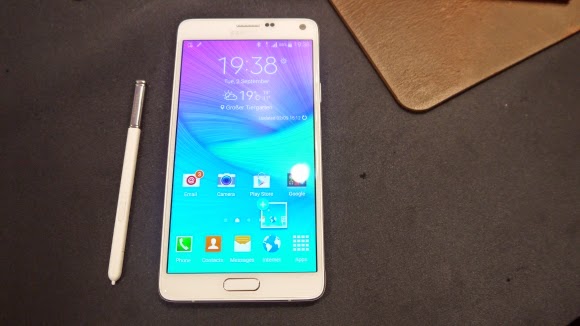 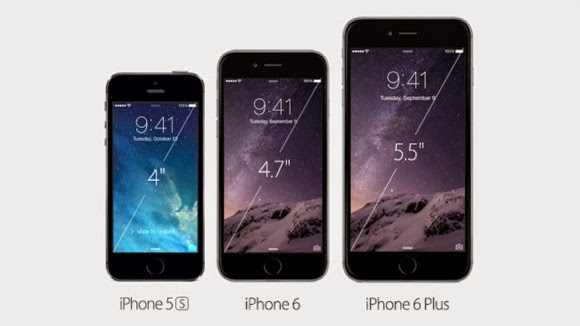 THEY'RE BOTH BIGGER, BUT WHICH IS BETTER?

Rumours have flown around for months suggesting that the iPhone 6 would finally come in a larger flavour. Those rumours and leaks were (mostly) proved right when Tim Cook & co. too
Less than a week after big reveals from many other leading brands, Apple has a lot to prove, especially with a larger form factor.
The big question now is, how does the iPhone 6 Plus stack up against the competition? Namely Samsung's brand new - and similarly sized - Galaxy Note 4.
On paper it's pretty easy to pick holes in the specification, but as Apple has reminded us year after year, specification means little to 'Joe Public', so how do the two compare in detail?

k the wraps off the biggest update to the iPhone line-up since the iPhone 4.
Side-by-side, Apple's iPhone 6 Plus and Samsung Galaxy Note 4 are different beasts. Apple has chosen a unibody construction that is most comparable to the HTC One M8 and Samsung has stuck with a familiar faux leather back, improving the perceived feel and build quality by including a metal strip that runs around the edge of the handset.
Stepping up considerably from the iPhone 5S's dimensions, the 6 Plus measures 158.1mm x 77.8mm x 7.1mm, incredibly close - but slightly thinner - than the Note 4's 152 x 80 x 7.6 mm proportions.
At 172g, the 6 Plus is slightly lighter than the 176g Note 4 two phones, impressive considering its all metal body.
While the 6 Plus is a smooth, seamless body, Samsung made a few concessions with the Note 4, due to the added functionality of the included S-Pen, something that Apple clearly felt wasn't necessary on its first foray into the world of larger screens.
Both are unique designs, and although the Galaxy Note 4 is the more utilitarian of the two, harbouring extra features such as the in-built heart-rate monitor and water-resistance, the iPhone 6 Plus is quite obviously the more sleek, svelte option.
Like the iPhone 5S before it, the 6 Plus comes in gold, silver and 'space gray' colour variants. The Note 4 offers a slightly different selection in the form of white, black, gold and pink options.
Both are catering suitably well for different tastes, though Samsung is arguably covering a wider demographic with the hot pink model.

Screen
For years Apple told us that we didn't need larger phones, but despite this advice millions have favoured sizeable phones such as the Samsung Note and Xperia Z series.
Apple has finally conceded, and is now offering its biggest smartphone to date in the form of the 6 Plus, and while its specifications aren't quite as high as the Note 4, Apple clearly feels it's done enough.
The Samsung Galaxy Note 4 packs an impressive 2560 x 1440 (515ppi) screen, one of the first available on a smartphone (also known as Quad HD), with a size of 5.7 inches.
Meanwhile the iPhone 6 Plus settles with just 1920 x 1080 (401ppi) resolution 5.5-inch screen. It's not just any old 1080p screen though, Apple used some impressive wording in its keynote to ensure we were all aware of the technology packed in.
Whereas Samsung uses the well-known Super AMOLED tech in the Note 4, which was really well received in the earlier Note 3, Apple sticks with an LCD panel. This comes complete with IPS and 'dual domain' technology to ensure bright colours and wide viewing angles.
The screen itself has 185% more pixels than an iPhone 5s, but nearly 45% less than in the pin-sharp Note 4.
Whether you'll notice the difference in pixels entirely depends on what you're used to, although it's safe to say that the 1080p screen is a clear improvement over non-HD screens of the iPhone 5.

Camera
Where camera technology is concerned, both Samsung and Apple aren't winning any megapixel wars, although the Note 4 has double the megapixel count of the 6 Plus.
The Note 4 is also packing the same 16MP sensor found in the Galaxy S5 with optical image stabilisation (OIS) and 4K video recording at 30fps. The front camera took a spec jump over its predecessor and now packs a wide-angle 3.7MP camera.
In the 6 Plus, Apple sticks with a 1/3-inch 8MP 'iSight' sensor with True Tone flash on the rear, and 1.2MP 'FaceTime' camera on the front. Both featured in last year's 5S. On the surface there are few spec improvements to note, but dig deeper and you'll find improved video performance of 1080p at 60fps, and HD slow-motion recording at up to 240fps.
It might not be 4K, but as Apple likely knows, the world's still not entirely ready for the huge files that 4K video can create. The iPhone 6 Plus also packs OIS, which is also usable during video recording, along with continuous auto-focus.

article titled iPhone 6 Plus vs Samsung Galaxy Note 4: Clash of the titans! has been completed in the discussion

Related : iPhone 6 Plus vs Samsung Galaxy Note 4: Clash of the titans!