Has Mexico missed the mark on its new opposition system?

Has Mexico missed the mark on its new opposition system?

Mexican trademark practice has been amended to allow for a form of opposition system. Laura Collada, of the firm of Dumont Bergman Bider & Co., in located in Mexico City, suggests that these changes may not have achieved the purposes for which they are intended.

"Kat readers may be aware that Mexico has been working on the creation of a Trademark Opposition system for some time, in order to help bring the country in line with global best practices for trademark examination. On June 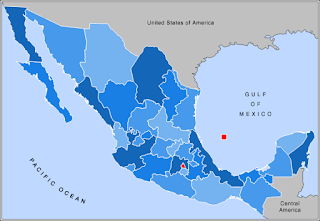 1, 2016, an amendment to the Mexican IP law was published in the Federal Official Gazette, which will implement this long-awaited opposition system, as of August 30, 2016. However, the system that was ultimately approved seems more akin to the EUIPO’s so-called observations process for third parties (with or without any legal interest) than to a standard opposition proceeding. Key provisions of the opposition system are as follows:

• A trademark application will be published no later than 10 days after filing.

• Oppositions must be filed within 30 days after publication.

• Oppositions may be based on absolute and/or relative grounds.

• All arguments and possible evidence must be included in the opposition, as there will be no opportunity to file further arguments or evidence. • The Opposer will not be recognised as a third interested party.

• The Examiner is not obliged to take into consideration the arguments of the opposition.

Against this backdrop, this amendment will allow third parties to submit information as to why the trademark should not be registered, but such persons will not become a party to the opposition proceeding. Indeed, the Mexican Institute of Industrial Property (IMPI) will have no obligation to even consider the information submitted. As such, this would seem to constitute an exception to the general rules of procedure applicable in Mexico, because the so-called opposition will not be binding upon IMPI. The wording of the amendment says that “the examiner may take into consideration” the information submitted, rather than “shall take into consideration”, thus implying that the examiner may choose to disregard it. It further remains unclear whether the opposing party will have a right to file an appeal against the registration of a mark against which an opposition was filed, inasmuch as no formal opposition decision will be issued.

At a recent event organized by the Mexican group of the International Association for the Protection of Intellectual Property (AIPPI), IMPI officials advised that “promptly after granting registration of an application against which an opposition was filed, the certificate will be issued and the registration published in the Gazette, upon which the opposing party will be informed about the grant by means of an official accord”. At this point, one would have to seek cancellation of the registration, as there is no possibility of revoking registration once it is published in the Gazette, except by way of a cancellation. It still remains unclear whether the opponent or the applicant, will have access to the right of appeal. Finally, the period for filing an opposition is only 30 days, while most systems provide for at least 60 days.

While the amendment is a first step that may ultimately allow for more thorough examination, one can’t help but wonder what was the point of it. In particular, U.S. and European brand owners may well be disappointed, since they are accustomed to more robust opposition proceedings. It is clear that IMPI did not want to sacrifice examination timelines, but a quality trademark register seems more important in the long run. Nevertheless, now that the amendment has been approved and the new provisions will be effective, as of August 30, 2016, there is little hope of changing it, at least for the time being. Still, filing an opposition under this new scheme will be less expensive and more potentially more efficient than trying to invalidate a mark that has already been registered. As far as providing a sure fire means of thwarting attempts to register confusingly similar marks though this does not seem to do the trick."

article titled Has Mexico missed the mark on its new opposition system? has been completed in the discussion

Related : Has Mexico missed the mark on its new opposition system?